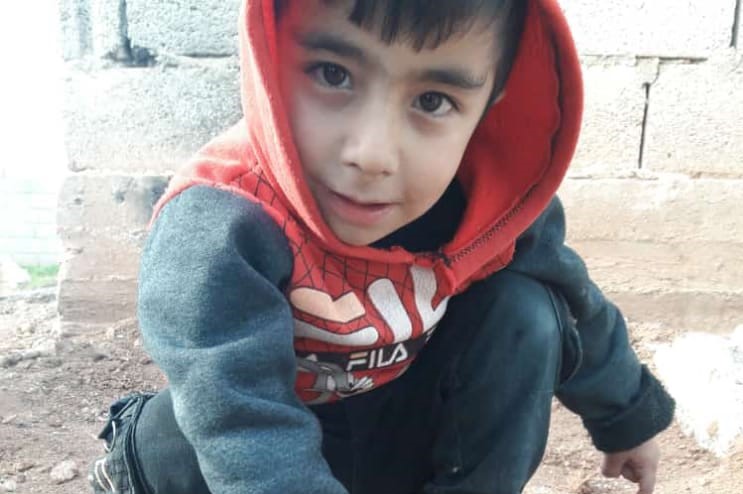 Coworkers daily send scriptures to the supported families. We believe that the Word of the Lord can bring encouragement, comfort and hope.

Alan’s family is one of the supported families and they sent a short video of thanks. Alan is a cute and handsome little boy. His childish voice said, “I don’t have a father and now my mother is taking care of me. Without your support, I can’t buy anything. Thank you very much. Because of your support, I can buy food from the store. I give you a kiss.”

Kurds – their suffering is as deep and huge as the ocean, but the Lord is their shining light.

Kurds – the fourth largest ethnic group in the Middle East area, but they have never had their own country. Their history has been full of fluctuation. Alternated with oppression and rebellion; war and peace. In the global “political theater”, they are also always being used, abandoned, or displaced.

Their modern encounters are in marked contrast to the lives of contemporary people in peaceful countries. The following three events all happened in modern times. Where were you and what were you busy with at that time?

The use of chemical weapons is very inhuman, because the toxic gas is invisible, and there is nowhere you can hide from it. In addition, the lethal process will be extremely painful.

In 1988, a Kurdish town located in northern Olive City was intentionally attacked by chemical weapons. It immediately killed 5,000 civilians. Many of them were children and women. Many of those alive from the attack were blind and suffering lung damage.

In 2014, several extremist groups from “Islamic State” raided and occupied several Kurdish-controlled towns. The militants arrested and slaughtered thousands of Yazidis who were also Kurdish.

In 2018, a Free Army, supported by neighbouring countries, invaded and controlled the northwestern area of Olive City. Hundreds of Kurdish civilians were killed and injured. Under the sudden airstrike, many people were forced to flee their beloved homesteads and moved to nearby villages or cities.

Although they have suffered so much, some of them said to us: “We saw the Lord appear” and “Although we faced the war, we are now grateful  because of the knowledge of the gospel.”

Sam is a young father. He has a wife, a baby boy and two toddler boys. In his hometown located in the north of Olive City, he spent three years and worked hard to build his dream house. However, due to the air strike by the neighboring countries, his new house has become a pile of ruins. The fighting forced his family to flee to a nearby city, but he could not find a job there. While feeling helpless, he told us this story.

Who is willing on behalf of Christ to become a “Cake of Figs” for them?

Note: Please keep the bank receipt together with the name of the donor and the designated project WhatsApp: + (852) 9219 2218, or email: info@nexusmission.org

You may also make an online donation by using our secure account at PayPal: