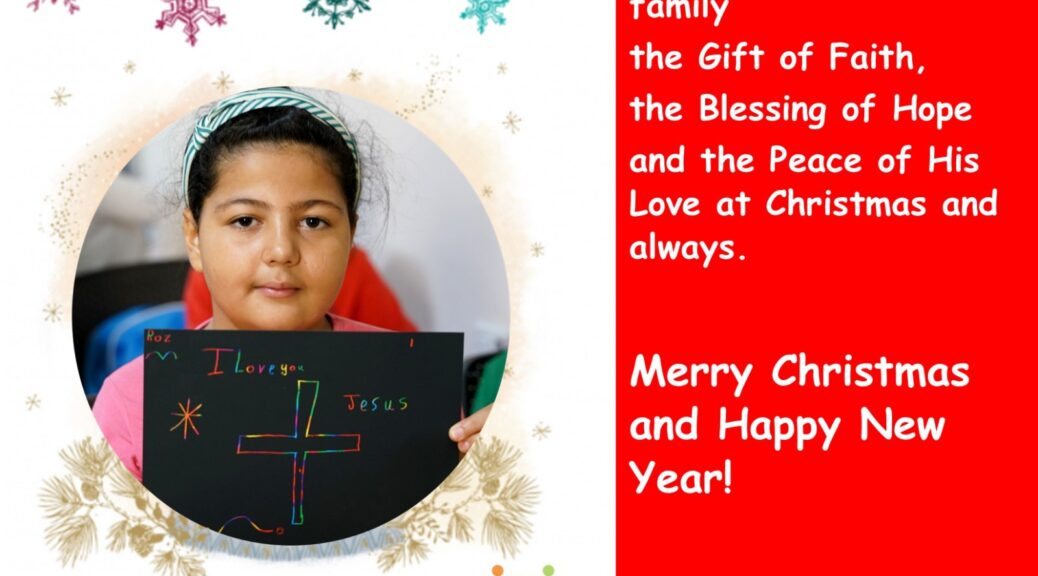 >>Please click here to watch the children of Nexus Center and House of Hope wish you all a Merry Christmas.

In Ezekiel 26:16, God calls the Phoenicians of Tyre “Princes of the Sea.” The ancient Phoenicians were ancestors of present-day Lebanese, and the cities of Tyre and Sidon in Lebanon are practically neighbors of present-day Israel, only 31 miles (50+ km) from its border. Historically they have had many ties with Israel. Tyre was a flourishing trade center and port city, but her pride led to God’s judgment. Ezekiel 26:3 says, “Therefore thus says the LORD, Behold, I am against you, Tyre, and will cause many nations to come up against you, as the sea causes its waves to come up.

Similarly, Hong Kong has been a flourishing trade center and port; and like the city of Tyre with its towering city walls, has many skyscrapers and tall buildings. May God help us to pray much for Hong Kong and other successful trade centers and ports of China; may the Lord take away all our pride and feelings of superiority. Let us not allow our wealth to become a source of pride; rather, we will use it to bless the Kingdom of God, so that our land will bring glory to His Name!

Nexus has already distributed thousands of New Testaments in Lebanon, as well as countless food packets and anti-epidemic cleaning supplies. Many people gratefully and tearfully received the gifts we sent. Many have received miracles of healing in body, soul, and have found Jesus to be the One and Only Fortress. Yet the explosion in Beirut in August, an extremely difficult economic crisis, an unstable government, and COVID-19 have combined to make tens of thousands of Lebanese (including many of our brothers and sisters in Christ) seek to emigrate from the country. Many, many people have lost their jobs; Lebanon still needs a lot of healing!

Due to more than a year of both human-caused and natural disasters, people have no way to make a living. The cold winter is coming and prices are still rising fast. Many families now can only afford to eat basic food this Christmas and no longer expect (as in the past) to have things like new clothes, Christmas presents, or Christmas dinner. However, we want to bless Lebanese families and show them the love of the Lord Jesus! We are distributing Christmas food packages and sharing the grace of Jesus and the Good News of His birth.

In Christmases past, an Armenian boarding school helped many poor children to be able to experience a joyous Christmastime. But this year due to financial difficulties they were considering cancelling their Christmas program. We decided to seize this opportunity to share God’s love, and distribute gifts and food packets to them. Together we will immerse ourselves in God’s grace and let the little children come to Jesus!

The “Love to Levant” Project Is Still Going On!

In November, Johnny visited Lebanon and witnessed God’s great power at work! The Holy Spirit Church there has about 200 members. They all joined together with one heart to conduct a disaster relief program, but then about 100 of them contracted COVID-19, all at the same time! But after about two weeks, every single one who had gotten sick had recovered! And furthermore, they went back and continued their visitation ministry, serving the needs of disaster victims, Glory be to God’s Name!

This girl is called Martha. I met her while I was walking and praying. She was standing with her father selling croissants. I felt God touching me, so I stopped to talk to her. I bought her croissants to give to the children of the Center.

When I spoke with her father, he said he had three children and that their mother had left them. He was caring for his children alone. He and his daughter sell croissants on the street for a living. I invited them to the Center, gave them a food package, and got to know them a bit more. They promised they would visit us at the Center.

I left but then decided to go back and take a picture with the girl. I was surprised when I saw her running towards me.

I asked her, “What are you doing?”

She said, “I was looking for you. I want to know where you are going or your address, because I love you.”

I replied, “I love you too, and Jesus loves you.”

She shouted in surprise, “Jesus?!!” She did not know who Jesus was？

I explained that Jesus is the tenderhearted God who loves her and loves all people.

I want to lead this family into the light and share more about Jesus and the Bible when they come to the Center. Please pray for this family’s salvation and pray we can expand our service and help more families.

Bang and Deela lost their father when they were very small. Their mother remarried and abandoned them when they were 5 and 7 respectively, leaving them at Sister Ann’s orphanage in Lychee City. They never saw their mother again. Now the are 18 and 20.

Sister Angela reared them as her own daughters. When Bang, the younger one, was 7, she started having eye trouble, which local medical facilities could neither cure nor find the cause of. Later she went to Coconut City to get treatment, but still couldn’t get better. But when Sister ChawChaw started taking care of Bang, she took her to get a checkup at a hospital founded by an American, and in the end Bang was cured. Bang never had any schooling before age 7, so now at 18 she’s still a sophomore in high school. Her older sister Deela stayed with Sister Angela all this time. She is now in her second year of a Bible study discipleship course and is studying Chinese at the same time. She can speak a bit of Chinese now, and she says when she graduates from her four-year discipleship course she will go back and serve in the Lychee City orphanage (where she was abandoned).

Members of “G” church in Friendship City were collecting clothes, shoes, stationery, etc, to send as Christmas gifts to the children of “T” church. One Sunday, G church announced that Sunday school children should bring gifts to give to the T Church children.

Even though the weather was very cold, when it was time to go out, Amsia, a kindergartner who attends G church, wouldn’t put on his jacket. His mother scolded him, but he still refused, and she became so upset that she punished him. Crying, he said, “ Mommy, I want to give my jacket to the poor T church children who don’t have enough to eat. Daddy has enough money to buy another jacket for me, right?“

What a sweetheart!!! When I heard the story, I burst into tears. We (adults) are never satisfied — we always want more and more…

Every winter, many of the people we are serving are suffering because they don’t have enough warm clothing or food to eat. But your prayers are moving our Heavenly Father to hear and provide for suffering people. Please take part in our Christmas charity sale, send warm love, and provide a Merry Christmas to children without a voice!