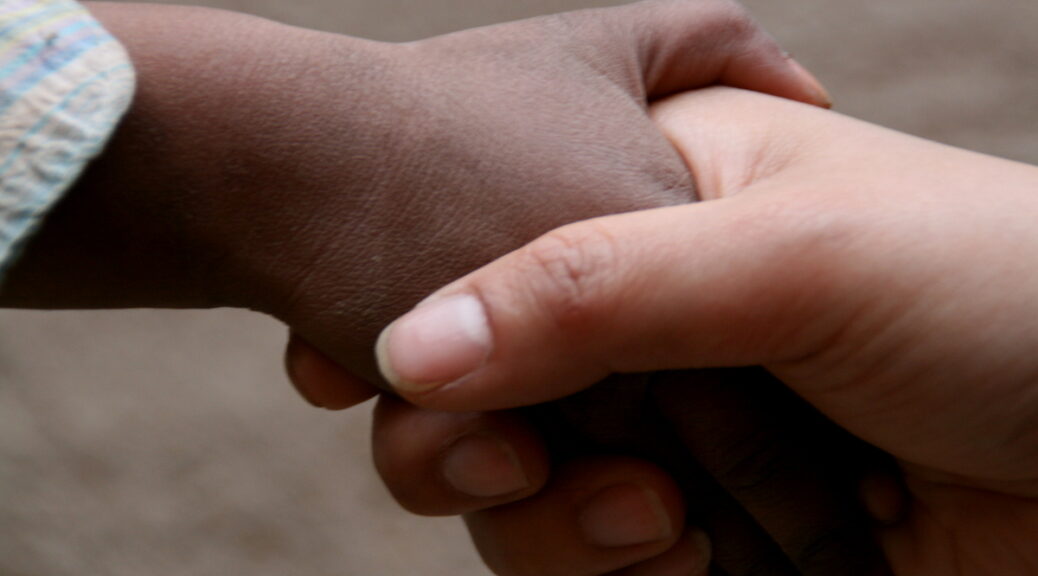 It shall happen, after that I have plucked them up, I will return and have compassion on them; and I will bring them again, every man to his heritage, and every man to his land. (Jeremiah 12:15)

Mercy — like caring for an unborn child still in its mother’s womb, helpless, completely dependent on her for nourishment and protection.

Mercy — seeks nothing in return … is not thinking about itself … is not hoping for personal benefit.

The Pashtun Homeland in Friendship Country

Pashtuns are the second largest ethnic group in Friendship Country. Many live in the border area which includes Q City. Here the Sunni and Shia Islamic sects, incompatible as oil and water, are in constant conflict as they live alongside Hindus and Afghani, Irani, and Middle Eastern refugees. The area is rife with Taliban terrorist groups, drug trafficking, and smuggling — it is a multicultural melting pot overflowing with problems, including the fact that it is one of the world’s main sources of opium. But it is very difficult for them to stop planting opium poppies, for many reasons.

A Homeland Has Become a Hotbed of Sin

An elderly Pashtun man was reprimanding a young farmer: “You should stop planting opium poppies and plant wheat again. The government has already given you seed to plant. Our country needs the wheat!” But the young farmer, scraping the sticky liquid from the rootstock of an opium poppy into a plastic container designed for the purpose, replied, “No way! I can earn three times as much by planting opium poppies.” (Information from Crossroads Publications daily devotional, January 16, 2021).

Other problems include slavery, kidnappings, and forced marriages. Now for a long time already, mothers and fathers pressed into debt have become slaves of the brick kilns. Christians and foreigners have been regularly kidnapped. Young Christian ladies have regularly been forced to marry elderly Muslims (in the country, each year about 1000 cases) and to give up their faith; and many have even been killed by their partners.

The recent case we know of was a 13-year-old Christian named Raja who went missing in 2020. Two days later, she was found to have been married off to a 40-year-old Muslim man, and she had been forced to become a Muslim.

Mr Johnson, a teacher, and Giles serve brick kiln children together — children living in tents set up beside the brick kilns. Every day they breathe dusty air from the brickmaking and firing, drink impure water drawn from a nearby well, and eat the simplest food — wheat cakes and vegetables. We help give these brick kiln children basic elementary level teaching and simple skills training.

The Fruit of Eight Years’ Work

Taking in and training children is the ministry that Giles’ family has a burden for. This year they’ve taken in two children, ages 7 and 8. Brother Giles says, “Even though our education level is not high and both our English and local language are poor, yet the children can grow up with us. Little by little we can bring them up to have Christian character and faith — they are our disciples.” The Giles family is ready to commit themselves to another seven years in Friendship City and to bring up their two young disciples. Ayan is 8 years old Sahil is 7.

Teacher Johnson has labored five years to train four young people so they can ‘Be Somebody’!

Five or seven years is neither a very long nor a very short time, but if we can save or help a few children or a few teenagers become disciples of the Lord, we feel very satisfied; and heaven’s angels rejoice along with us!

May the Lord help Chris to keep growing spiritually, and may He open the door for him to go to China to study in university.

Pray the two children in the Giles home will grow in spirit, soul, and body, and they will become disciples of the Lord Jesus.

The pandemic in Banana City has kept people from going back and forth between the two countries. Brother Tai

It has been especially cold recently, and Brother Tai has prepared some clothing to give out to help the people get through the winter. But it has proved extremely difficult to deliver the clothes to them! Now, whether you are referring to their spiritual or physical condition, they are suffering and often feel very weak. Buddhists can still go to the temple and beg, but Christians can’t do anything like that. Before the pandemic we were able to help improve their lives a little, but now they’ve been forced back into their original poverty-stricken conditions.

In Lychee City, the pandemic situation is one of the most critical in the world.

People living in the mountains can’t come out or go in. The 36 children are surviving with great difficulty, suffering extreme lack. With the help of Brother Tai’s church and Nexus, they were able to celebrate Christmas by cooking some meat and vegetables and were very happy to have a meal together. Some pictures are attached. Brothers and Sisters, please continue to pray for them!

It’s been more than three months since I came back to Korea from Water City. The virus is still spreading in Korea and the children’s kindergarten is closed. My wife has found a temporary job; I’m at home taking care of the children. Because I was in Water City for five months and wasn’t with my kids, my elder daughter had almost forgotten all of her Chinese. But during these few months together she’s begun to be able to speak it again.

Nexus Mission had taken over the company I registered before (through which company our whole family can obtain long-term visas). My plan is to go to Water City in March to handle the business of taking over the company. My wife is studying children’s education and at the end of May she will get her certificate. So I’m planning to go first and my wife and children will wait until June and then go. This time we’re going back our plan is to do education ministry by opening a school in the slum and giving the slum children an education. May the Lord prepare a good place for us in the slum to open a school, a school for our children to attend, a place for us to live, etc.

Thank you very much for your prayers and support.

Again, we would like to wish you a Merry Christmas and a Happy New Year.

Yours, Iris and Jeremy

Tree City – One Disaster After Another

Eastern men are well-known for being tough and proud, and in their culture, it is a shameful sign of weakness to cry. If they do cry, it should not be in front of anyone.  But these days, we see many who are overwhelmed by their feelings in the midst of what is happening, and most are breaking cultural norms because of what they are facing.

Jan 13 2021 Due to the economic conditions we are experiencing, this young Lebanese father of thirty years of age committed suicide today. He left a note for his mother: “I am tired of this life … I’m sorry, Mother.”

We preached the good news of Jesus to all the people: ‘Jesus is the Reason for the Season’! Therefore, we reached out to different nationalities and religions, including Lebanese, Syrians, Kurds, and Armenians, in Jesus’ Name.

We distributed food packages to poor families. In each box, we included a card on which were three Bible verses:

1. Luke 2:10  But the angel said to them, “Do not be afraid. I bring you good news that will cause great joy for all the people…”

We were invited to this Kurdish family’s home to celebrate the birth of the Savior. There was a program sharing from the Bible, and one of the young people boldly shared her testimonies in front their families.

Sister Ava got to know two women in a miraculous way. God brings into our lives people that He wants to help!

Ava was in the store buying food. Two women approached her and started talking with her. They were sisters, one of whom had one son. She earned a living by giving private lessons because her husband had passed away. The other woman, always sad because her husband had been shot by terrorists, had three children. She also worked to support her family. They are traditional Christians. After Ava boldly shared with them about Jesus and told them that Jesus loves them and wants to help them, they were very touched. They said, “Ava, you are the miracle of Christmas, the miracle of Christmas!!!”

Please pray for Ava, because she will start visiting these two families to get to know them more and share with them about God’s word and Jesus.

“If you can’t help a hundred people, then help just one.”