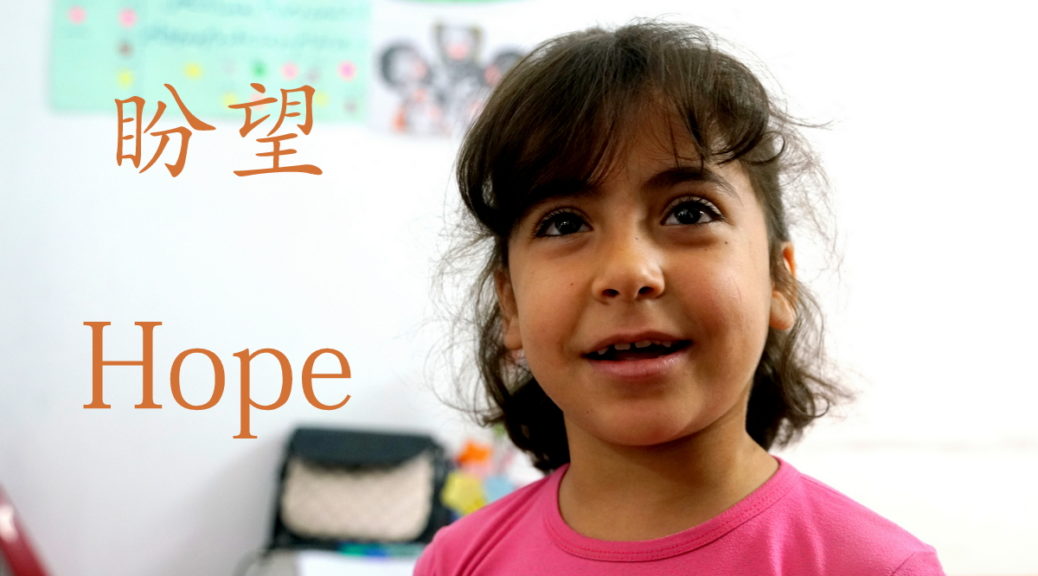 Overnight the ‘temperature’ has shot up and the situation is changing rapidly. Enemy forces are bombing northern Olive City. The bombing…the air raids…the violence — the destruction is extreme, unbearable. Having gone through as much as eight years of civil war, more than 5 million have fled their homeland and 6.2 million are refugees still inside the country. The people of Olive City have already borne too much suffering, but now innocent families are facing a crisis again, and tens of thousands have been forced to leave everything and flee their homes.

Thank you everyone for your prayers and comforting words for those in Antioch Church whose family members have had to go through the attacks! We’ve visited each home and passed on your messages to each one. At the end of our visit to Brother James’ home, as we were leaving we all knelt down together and held hands to pray, fervently asking God to help Olive City and save its people. They felt very moved that at this particular time, we are standing with them.

Coworker Andrew’s (I think it should be Andrew’s) dad cried when he saw us. They said that this time, the fight is of utmost importance because they might forever lose their homeland due to it. Shushu’s mother also was sobbing, extremely distraught because her 17-year-old daughter is serving in the army, and she was very worried about her safety. Thank God, we were finally able to contact her daughter and learn that she was safe. But her good friend who was serving with her in the army was killed.

In the last eight years, it has been foreigners, not local citizens, who have determined Olive City’s destiny. Time and again, when foreign powers have announced their military intentions in the country, more armed conflict has ensued; and this has always meant disaster and death for ordinary citizens.

We are working hard at the Center to provide all kinds of assistance needed by refugees and displaced or homeless people, from children’s education to family assistance, etc. Due to the new crisis, the needs of the displaced and the refugees, as well as the needs of shelters for them are rapidly increasing. But we deeply believe His promises and the fact that He is Jehovah-jireh, Our Provider!

He executes justice for the fatherless and widow, and loves the foreigner, in giving him food and clothing. (Deuteronomy 10:18)

In September we held the First United Levant Retreat. Pastors from our mother church came and gave us a very great encouragement! We need God’s Word, the Holy Spirit’s power and all His gifts, as well as the unity of the Spirit, in order to be able to face all kinds of spiritual attacks. In ourselves we are weak, but relying on the Holy Spirit we will finally be victorious.

The Nexus Team and accompanying ministers went into Olive City again to visit the House of Hope, and this time our visit was especially meaningful because recent air raids and surprise attacks have left a pall of fear throughout the city. But we want to be heart-to-heart with our brothers and sisters in the Body of Christ as they rejoice, weep, suffer, and fear! (“Rejoice with those who rejoice; weep with those who weep.” — Romans 12:15.)

Video attached, Invitation to Levant by Sister Karen: I spent a week in Levant for the first time 2 years ago with my mother and thoroughly enjoyed it. I graduated from law school this year and I decided to spend 3 weeks of my summer holiday at Nexus Centre. I was deeply moved by what God is doing there and have made this video to share with you. I hope it will encourage you to support the ministry or even visit Levant yourselves!